Showing posts from March, 2010
Show all

3/31/2010
The Gospel at Mass on the Wednesday of Holy Week tells of an event that yields the curious alternate name for this day: Spy Wednesday. All three synoptic Gospels (Matthew 26:14-16, Mark 14:10-12, Luke 22:3-6) give an account of the same event. On the day before the Lord Jesus celebrated His last supper in the upper room, Judas Iscariot went in secret to the chief priests to find out what they would give him if he handed Jesus over to them. They promised him thirty pieces of silver, and the deal was done. What led Judas, one of the Twelve Apostles, to betray Jesus? We know that he was a thief and that he stole from the common purse which Jesus had entrusted to his care. Perhaps one of the others found him out and was prepared to expose him.  Perhaps Judas expected Jesus to raise an army, throw off the yoke of Roman occupation, and rule a newly unified Israel from the Throne of David in Jerusalem. When it became clear that nothing like this would happen, perhaps Judas grew angry at h
Read more

3/29/2010
On Palm Sunday, Sinead O'Connor (who was allegedly once a singer when not ripping up photos of the pope on television) had an egregious piece of nonsense in the Washington Post, and at the heart of her essay was an oft repeated lie about an arcane bit of canon law from 1962 which the Church's enemies would like the world to believe is evidence of an international criminal conspiracy to protect child molesters. George Weigel and I take issue with Ms. O'Connor at National Review Online.
Read more

3/29/2010
Since the Solemnity of the Annunciation last week, the "prestige" press on both sides of the Atlantic have been in high dudgeon at the Catholic Church for ... well, for being the Catholic Church. But since it is still not possible simply to say that in public (though probably not for much longer), the assault on the Church being led by the New York Times has been an outraged protest against the sexual abuse of minors by priests and the absurd response to that abuse by bishops. Now comes some clear thinking from George Weigel, biographer of John Paul II and arguably the dean of Catholic thinkers in the United States. Please take time to read slowly and carefully what he has to say about this latest campaign against the Church: http://www.firstthings.com/onthesquare/2010/03/scoundrel-times
Read more 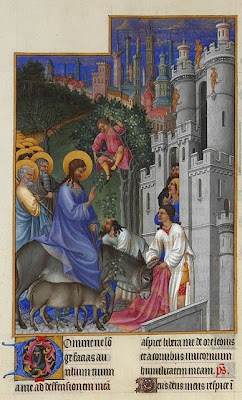 Though he was in the form of God, Jesus did not deem equality with God something to be grasped at. Rather, he emptied himself and took the form of a slave, being born in the likeness of men. He was known to be of human estate, and it was thus that he humbled himself, obediently accepting even death, death on a cross. Because of this, God highly exalted him and bestowed on him the name above every other name, So that at the name of Jesus every knee must bend in the heavens, on the earth, and under the earth, and every tongue proclaim to the glory of God the Father: JESUS CHRIST IS LORD! (Philippians 2:6-11)
Read more

The Path of Purification

My blog is just a few days old, but given the attention in recent days to the sins of priests and bishops, it seems worth recalling my very first post, entitled "The Church is Always in Need of Being Reformed". In part, I wrote: "Why is the Church always in need of being reformed? Because I am always in need of being reformed. "Yes, the Church is holy because she is the spotless Bride of Christ, vivified and sanctified by God the Holy Spirit. But she is also an assembly of human persons, each of whom is a sinner in need of redemption, and for this reason, the Second Vatican Council likened the Church to the Incarnate Word, who is a single Person with two natures: one divine and one human. Because the Church is 'at once holy and always in need of purification, (she) follows constantly the path of penance and renewal.' (Lumen Gentium 8)" This path of penance and renewal is the Way of the Cross, and we are called by the Lord Jesus to follow Him in
Read more

3/26/2010
The National Catholic Reporter is a weekly news and opinion journal of the far Left, and they are no friends of the theological project of Pope Benedict XVI, which makes all the more remarkable the very fine essay today from their Vatican specialist John Allen. Allen is a thoughtful reporter and an experienced hand at interpreting for English-speaking readers the sometimes arcane language and customs of those who work for the Holy See. Here is his take on the real story behind Joseph Ratzinger's involvement in the Church's effort to respond effectively to the crimes of sexually predatory priests: Keeping the Record Straight
Read more

A Bone in the Throat

3/26/2010
Continuing yesterday’s attack on Benedict XVI, the New York Times today alleges that then Joseph Ratzinger, while serving as Archbishop of Munich and Freising did know, contrary to earlier assertions, about the transfer of a priest who had been credibly accused of molesting adolescent boys to a new post for pastoral ministry. The story refers without citing a source to two documents (a memo and the minutes of a meeting) which theoretically establish the point the Times is trying to prove: that Joseph Ratzinger once did as a diocesan bishop the very thing he now condemns other diocesan bishops for doing in Ireland, the United States, and other places. It will take some time to untangle the facts of this case from the sensationalist charges aimed at the pope by the Times and other newspaper of the cultural Left, but when the sifting is done, I am confident that one thing will be demonstrated beyond all cavil: Joseph Ratzinger is not and never has been a liar or a man who fails to cal
Read more

All the News That's Fit to Print

3/25/2010
In this morning’s New York Times, there is a story about a wretched priest in Milwaukee who allegedly molested over 200 boys committed to his care in a home for the deaf to which he was assigned from 1950 to 1974, but the story is less about this depraved degenerate than about the alleged cover-up perpetrated by none other than Joseph Cardinal Ratzinger. The Times makes every effort to place the full responsibility for this monster not being punished on Ratzinger, but as is always the case, there is more to the story than is published by the rag that brags it has “All the News That’s Fit to Print.” In response to this naked effort by the Times to paint Benedict XVI as a man who gave aid and comfort to child molesters, the Holy See issued this statement: “The tragic case of Father Lawrence Murphy, a priest of the Archdiocese of Milwaukee, involved particularly vulnerable victims who suffered terribly from what he did. By sexually abusing children who were hearing-impaired, Father Mu
Read more

The Dangers of False Religion 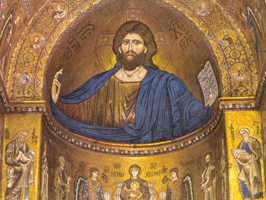 On 30 August 2009, the Twenty-Second Sunday of the Year, I preached about the danger of the false religion which arises from belonging to the tribe rather than believing the Word. Given the complicity of so many nominal Catholics in the various catastrophes now unfolding in the nation's political life, it seems timely to recall what I said following the funeral of Senator Ted Kennedy: In the first lesson from Deuteronomy, Moses instructs the children of Israel: “In your observance of the commandments of the LORD, your God, which I enjoin upon you, you shall not add to what I command you nor subtract from it.” In the second lesson from the Letter of St. James, the Apostle urges the disciples of the Lord Jesus: “Be doers of the word and not hearers only, deluding yourselves.” And in the Gospel from Mark, the Lord Jesus excoriates the Pharisees: “Well did Isaiah prophesy about you hypocrites, as it is written: This people honors me with their lips, but their hearts are far from
Read more

The Folly of Appeasement 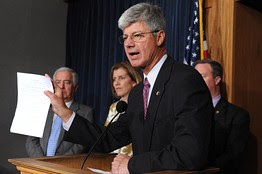 The Gospel of Life and Health Care Reform

3/21/2010
Here is the homily I preached at St. Mary's, Greenville on 21 March 2010, the Fifth Sunday of Lent: On 25 March 1995, the Solemnity of the Annunciation, Pope John Paul II promulgated the encyclical letter Evangelium Vitae, on the value and inviolability of human life. Today, four days before the fifteenth anniversary of that glorious defense of the Gospel of Life, the Congress of the United States, led to this moment by the President of the United States, is poised to enshrine in American law a savage assault on human life and the freedom of conscience of those pledged to help heal the sick. Make no mistake: This is a dark hour in the history of our Republic, and the tyranny of abortion is about to be enshrined under the guise of health care reform as a public entitlement which will be paid for by public funds collected from every tax payer and from which, in due course, no doctor, nurse, hospital, or clinic will be permitted to withdraw on a conscientious objection. This is a d
Read more

Turning Together Towards the Lord 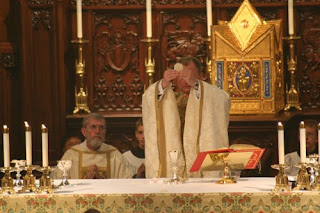 During Lent 2008, I dedicated five bulletin columns at my parish to an explanation of the history and purpose of the priest standing on the same side of the altar with the congregation during the Eucharistic Prayer. Those five columns and a brief post script follow: Mass celebrated versus populum I. From Christian antiquity, priests and people have celebrated the Holy Eucharist by facing together towards the Lord. This simple and obvious theological precept has been somewhat obscured in the last generation by the novel practice of the priest standing across the altar from the people during the Eucharistic Prayer, a custom almost never before found in the sacred liturgy except for rare instances of architectural necessity, and in the last few years, theologians and pastors have begun to review this novelty in light of the best scholarship and the experience of the past 40 years. Before he became Pope Benedict XVI, Joseph Ratzinger was one of most thoughtful and respected critic
Read more

Worship the Lord in the Beauty of Holiness

3/19/2010
In November 2005, I wrote this essay on how to re-enchant the liturgy for my friend Father Alvin Kimel who was then writing his splendid blog, Pontification s , and in the years since my essay was first published by Father Kimel, I have received many requests for the text. So here it is again. But first an explanatory note. Cradle Catholics born in or after the 1960’s often have great difficulty understanding why the sorry shape of worship in too many of our parishes is now an impediment to countless souls from entering into full communion with the Catholic Church ... particularly Anglicans and Lutherans who are accustomed to splendid music and reverent worship. This difficulty, I believe, comes from not grasping that the “living room liturgy” to which legions of Catholic have now grown attached is not the only way to pray; indeed, it is arguably not an appropriate way to pray at all. But this truth about the nature and purpose of the sacred liturgy has become very difficult for
Read more
More posts