Showing posts from December, 2010
Show all

What Makes a Hospital or College Catholic?

12/21/2010
It is relatively easy when speaking of a human person to say who is Catholic and who is not. Only a validly baptized person who is in communion with the local Catholic bishop and through the local bishop with the Bishop of Rome and the whole College of Bishops is a Catholic. But how does one know whether an institution is Catholic or not? For example, lots of Catholics own businesses, but that doesn't make their businesses Catholic. So, what does it mean to speak of a hospital or a college as Catholic? Is it a matter of ownership? Of the religious identity of the patients, students, or customers? Or is it something deeper. For the better part of a millenium, the Church has understood that associations of Catholic persons can be so closely bound to the Church's mission to the nations that by extension the institution sponsored by an association of Catholics can itself be called Catholic. And the two classic examples of this are in education and health care, because of thei
Read more

What the Pope Did and Did Not Say About Condoms

12/17/2010
Over at First Things, George Weigel explains what Benedict XVI did -- and more to the point -- did not say about condoms in his new book, Light of the World . As ever, the world press (once the Fourth Estate, now primarily the Fifth Column) misrepresented the pope's remarks in so tendentious a manner that it beggars belief for their reporting not to be deliberate deception. And whether or not the AP reporters and those who followed their lead knowingly lied about the pope's remarks, it remains true that their headlines and stories effectively turned Benedict XVI's entire point on its head. So, have a look at The Pope, the Church, and the Condom: Clarifying the State of the Question.
Read more 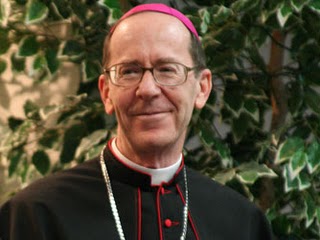 Thomas Olmsted is the Bishop of Phoenix, and since learning several months ago that an abortion was performed in a "Catholic" hospital in his diocese, he has been engaged in an effort to be certain that such a thing will never happen again. The hospital is owned by a congregation of women religious who evidently do not want the local bishop looking into the ways in which ethical decisions are made at the hospital. After a prolonged effort to reach an understanding, Bishop Olmsted has now informed them that if they do not accept the instructions he has already given, he will declare -- as it is his canonical power to do -- that the hospital in question is no longer a Catholic institution. You can read about the bishop's effort to call this hospital to account in USA Today . BIshop Olmsted is a courageous reformer of the Church and is a model of how the office of overseer should be exercised. Pray for this good shepherd of Christ's flock. UPDATE: A few more deta
Read more
More posts