Showing posts from 2015
Show all

The Evangelical Possibilities Presented by the Victory of the Sexual Revolution 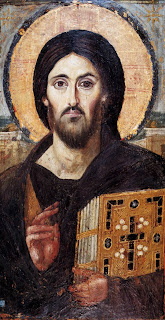 On 12 October 2014, I preached at St. Mary's, Greenville about the wider theological and pastoral context of the legal and cultural debates over same sex marriage. Here is the text of that homily: As I explained last Sunday, the Synod of Bishops is meeting right now in Rome to discuss challenges to marriage and family life in the context of proclaiming the Gospel in our time, so it seems particularly appropriate that the Supreme Court of the United States announced last week that they would not accept appeals to several decisions by federal district courts which struck down laws against same sex marriage in five states. And by their refusal to hear those appeals, the nine Justices were declaring that the disputed decisions of the lower courts would stand, thus allowing same sex marriage to become law both in the five states which had appealed and in the other states which are included in the geographical areas of those district courts. Though isolated court battles will con
Read more
More posts