Showing posts from November, 2012
Show all

Why Am I a Catholic? 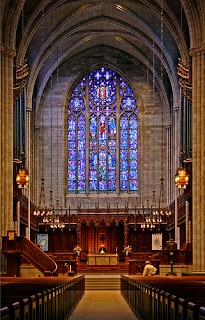 The Chapel at Princeton University On Sunday 4 November 2012, I preached the following homily at St. Mary's Catholic Church in Greenville, South Carolina. Thirty years ago tomorrow, on 5 November 1982, to the astonishment of my friends, to the bewilderment of my family, and to my everlasting wonderment, I was received into full communion with the Catholic Church. As unexpected as that turn in my life was, even stranger was the day fourteen months earlier when I woke up in the morning an atheist and a scientific materialist and went to sleep that night a disciple of the Lord Jesus Christ. That day of my conversion to Christ was unexpected on two counts: First, from the age of thirteen I had been a sincerely convinced atheist, and second, I chose Princeton University for my undergraduate work, in part, because it was far from the Christ-haunted South of my childhood. I went to Princeton precisely to escape the ignorance and superstition I saw dripping from everything in th
Read more
More posts